When I was a high school US history teacher in the Washington Heights neighborhood of New York City, I sometimes wondered about the relationship between patriotism and critique of one’s nation. Specifically, I questioned just how critical students could be without becoming disaffected toward the United States. I tried to be honest with my students about the nation’s mixed record of democracy—how the country was founded on ideals of equality and yet stole land from Native Americans, kidnapped millions of Africans as part of a massive system of chattel slavery, and denied the vote to women until 1920. But I wondered if these realities, paired with enduring inequalities, would make students want to dissociate themselves from this country and participation in political life.

I had one student who made me think that perhaps the inverse was true: that the more students understood American failures to promote equality, the more motivated they would be to engage in fighting for it. He was the son of Nigerian immigrants. In ninth grade, he threw ketchup packets at his global history teacher, skipped class, and was regularly suspended. But in 11th grade English class, he read The Autobiography of Malcolm X and became a different student, seemingly overnight. He adopted a serious demeanor, wore a tie to school each day, and became a leader in class discussions. In reading about the injustices that drove Malcolm X to lead a movement for Black civil rights, this student saw a reason not for despair but for pursuing education so that he too could contribute to that movement. From that moment on, I wondered whether it was in fact impossible for schools to develop the type of citizens needed to protect and improve our democracy unless students were taught to be critical of the nation’s flaws. 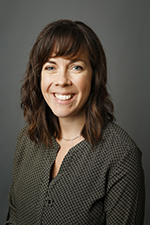 Hillary Parkhouse is an assistant professor in the Department of Teaching and Learning at Virginia Commonwealth University. A former high school social studies and ESL teacher in the Washington Heights neighborhood of New York City, her research now focuses on critical citizenship education in urban classrooms, youth activism, and inclusive and justice-oriented teaching practices.