Takes us into the lifeworld of first-grader Jason at Castle Bridge Elementary School, a public, dual-language school in New York City. Written by Jason’s teachers Stephanie and Andrea in conjunction with his mother Sandra, this essay puts forward the ethos ¡Sí se puede! (Yes, you can!), which relies on children’s empathy and calls for a collective response to inclusion. “Hitting the Switch” concludes with practical suggestions for creating an inclusive space for children who use assistive communicative devices so that they can become meaningful participants in the classroom community. 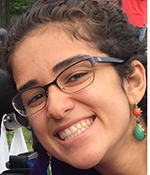 Stephanie Alberto teaches in a k-1 dual-language, inclusion class at Castle Bridge Elementary School in New York City. She holds an M.S.Ed in infancy, family development, and early intervention from Bank Street College and a BA from Universidad Iberoamericana in the Dominican Republic. Her professional interests include the development of empathy in young children, the role of play in education, and building strong classroom communities. 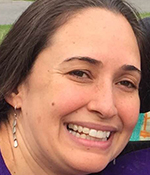 Andrea Fonseca was a founding teacher at Castle Bridge Elementary School in New York City and currently teaches in a k-1 dual-language, inclusion class. She holds an M.S.Ed in bilingual special education from Bank Street College and a BA from Universidad Nacional de Colombia. She has taught in inclusion classrooms in the New York City public school system for fourteen years. Her professional interests include building inclusive classroom communities and bilingualism. 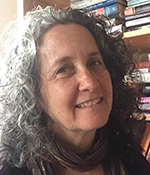 Sandra J. Stein is Jason’s mom. Prior to his illness she was CEO of the NYC Leadership Academy and Associate Professor of Education at Baruch College School of Public Affairs. She holds a PhD in Education Administration and Policy Analysis and an MA in Political Science and International and Comparative Education from Stanford University. Past publications include The Culture of Education Policy (Teachers College Press, 2004) and essays in the New York Times, the Atlantic, and the Washington Post.